“It’s not business, it’s personal.” Coming from an immigration attorney, that statement may seem unusual, but Ellen Freeman believes that having a personal relationship with her clients makes all the difference in the world.

“People see opportunities in the United States and they are excited to come here.” An immigrant herself (she immigrated to the U.S. from the Ukraine in 1993), Ellen is committed to helping immigrants come here legally and experience the United States, just as she did.

Most of the media is focused on illegal immigrants as a drain on society. Ellen believes that we don’t hear enough about great immigration stories, like Johnny Hurard, the French Canadian from Montreal, who is researching muscle regeneration through stem cells and who Ellen nominated this year for the “Outstanding Citizen by Choice” Award issued by the immigration service.

When it comes to the immigration practice in corporate America, we don’t have enough skilled workers or doctors. We need the best and brightest here in the United States, but many of those are forced to leave the country after they receive their degrees from American schools. Ellen strives to keep the best and brightest here by helping them to obtain a green card, giving them not only the confidence to do well, but the promise of a bright future, not only for themselves but for the advancement of the United States.

Improve the lives of our employees, clients, and community at large

Persevere so that others can achieve their dreams

Learn and explore the world to improve self and craft

We think we are a special place—made all the more so by our commitment to repairing the world to improving lives of our clients and employees; dedicating efforts to enhance our community – both in and outside of our workplace. We do so by showing kindness to one another and building trust; engaging in relentless advocacy; always striving for excellence; and practicing intellectual curiosity and growth.

Sarah Whelan

Senior Scientist at Nurix Therapeutics
Read More
I have been working with Ellen for over 5 years and she has been a huge help in ensuring I get multiple different visas, and now has helped me secure my green card. Friends and colleagues of mine have been amazed at how efficient Ellen has been. So delighted that she was my lawyer during the entire process. 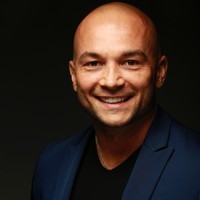 Szymon Klopocki, phD

Regional Director at Transition Technologies - Managed Services
Read More
It was a pleasure to work with Ellen. She is an excellent lawyer with deep knowledge of her domain at the same time she’s down to earth and sincere. She perfectly handled all my E-2 visa’s and my Green Card application. Everything that she worked on for me was a 100% success. You will be in good hands! Friends and colleagues of mine have been amazed at how efficient Ellen has been. So delighted that she was my lawyer during the entire process. 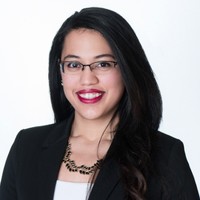 Mariana S. Avendaño, Esq.

Senior Counsel at Tricon International, Ltd.
Read More
It’s been a pleasure having Ellen as the lead attorney for my immigration process. I always felt that my case was handled very well by her and her team. Her expertise, attention to detail, and critical legal thinking skills are impeccable. She is always anticipating and preparing for the next step in the case, which avoids unnecessary delays or complications in the case, and also shows her level of commitment to achieving the desired immigration goal alongside clients.
Previous
Next

With more than 20 years in practice in all facets of employment-based immigration, Ellen works with growing organizations to advise on U.S. immigration law, strategy, compliance, and training. Her depth of experience fully supports clients moving through the challenging steps of business growth and shifting employment strategy, including forming corporate entities, establishing U.S. operations, and managing applications for temporary visas through permanent residence.

Ellen understands how often employers worry about finding the right candidates and responds with expedient and efficient strategy for their immigration matters to keep her clients’ businesses run smoothly. She works with Legal and HR departments, hiring managers as well as business owners, answering questions and offering strategic counsel to ensure continued profitability and growth. Ellen delivers on the promise to hire the best candidate to both satisfy the employer and keep the new hire happy.

She extends her leadership and counsel as a business partner and problem solver for clients in biotech, IT, R&D, healthcare, and education.

Ellen Freeman is supported by a group of experienced paralegals and administrative professionals.

Claire earned her BA in French from Hope College, she holds a Master’s in Public Administration degree from DePaul University. From 2008 to 2012, she served as the Press and Communications Assistant at the Consulate General of France in Chicago. During this time, she assisted with event planning, visits from French dignitaries, and communication with the media regarding relations between France and the US. In 2013, Claire relocated to Pittsburgh and began a career working with international students at Robert Morris University. She joined the Office of International Services at the University of Pittsburgh in March 2014 as an Immigration Specialist working with employment-based visa categories including J-1, H-1B, O-1, E-3, TN, and EB-1B. In October 2018, she was promoted to Assistant Director of the Employment Team where she was responsible for supervising two Immigration Specialists and an Immigration Coordinator.

Genevieve also handles employment-based immigration matters, such as Eb-1 and Eb-2, special handling recruitment, and has handled numerous permanent residency petitions. She is uniquely positioned to assist businesses and higher education institutions with their immigration casework having held management and supervisory roles in the Office of International Services (OIS) at prominent universities.
Genevieve holds a Master’s degree in Public Management from Carnegie Mellon University and a Bachelor of Arts in Anthropology from University of Pittsburgh.

Kenneth Freeman oversees the creation of marketing programs and strategies in support of Ellen Freeman Immigration Law Group.  His diverse background includes over 30 years of experience in journalism, marketing, advertising, public relations, creative and technical writing, video and audio production and traditional and online advertising formats and strategies. Kenneth has been published in The Daily Collegian, The Philadelphia Daily News and Portfolio Pittsburgh Magazine.  He has also produced over 1,000 film encapsulations for the mail order video catalogue, Movies Unlimited.  Additionally, he has completed many projects in the advertising realm where his excellence in technical writing has been commended. He is a graduate of The Pennsylvania State University.

Linkedin Twitter Envelope Phone-alt
Disclaimer
This web site and the information contained herein have been prepared by Ellen Freeman Immigration Law Group for informational purposes only and should not be construed as legal advice on any subject matter. If you require legal advice, you should retain competent legal counsel to advise you. If you would like to retain Ellen Freeman Immigration Law Group, please contact Ellen Freeman, who will be pleased to discuss whether our firm can assist you. An attorney-client relationship will arise between you and our firm only if we specifically agree to represent you. Until we specifically agree to represent you on a matter, you should not provide us with any confidential information or material.